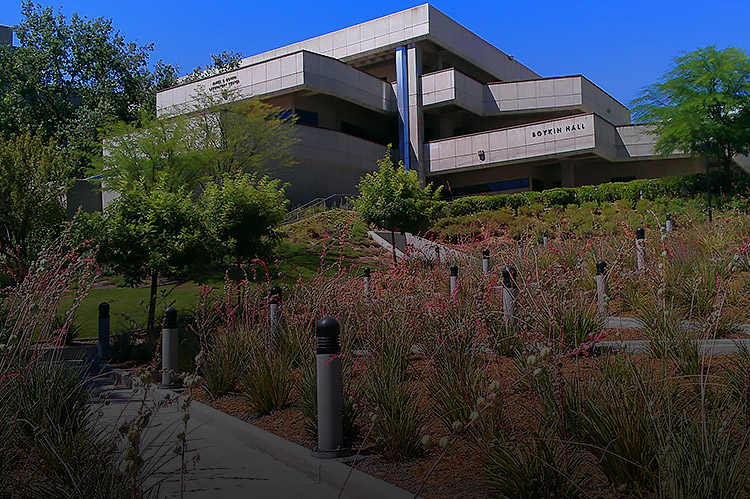 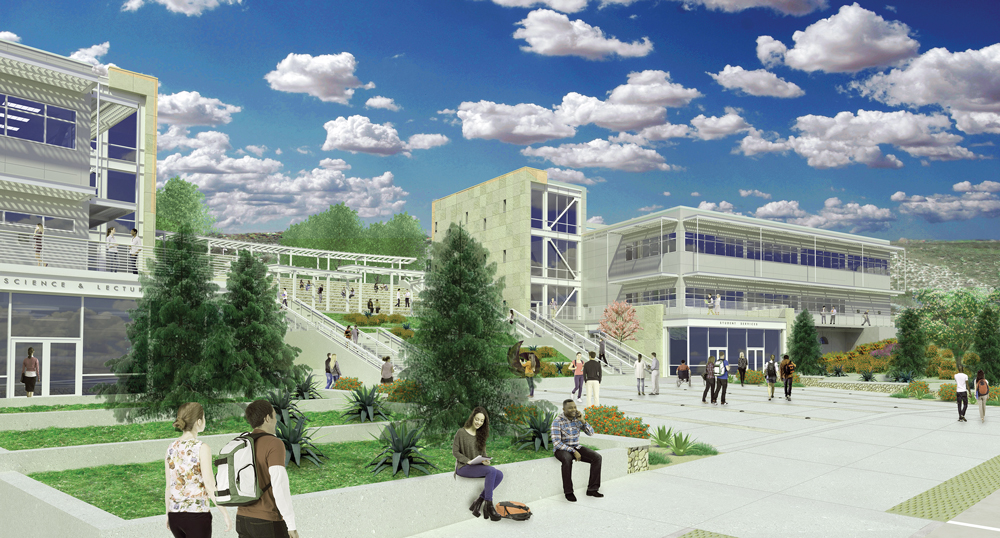 The college district received the best rating possible in an independent audit of its bond measure expenditures.

The Santa Clarita Community College District’s Independent Citizens Oversight Committee accepted the audit results, which showed that the district has properly accounted for all bond expenditures for the 16th consecutive year.

Vavrinek, Trine, Day & Co. LLP conducted both the financial and performance audit, covering the fiscal year that ended June 30, 2018 and issued the district an unmodified opinion – the best rating possible – noting no adjustments, audit findings, questioned costs or instances of bond noncompliance.
The firm presented its report to the oversight committee on Jan. 9, 2019.

“The amount of material you examined in your review is impressive and demonstrates the strength of the district’s fiscal oversight of the bond program,” Nick Lentini, chair of the oversight committee, said about the auditors’ evaluation.

The 2017-18 audits confirm approximately $229 million in resources from the first five bond issuances, which also includes earned interest and net premium in the bonds. Of that amount, more than $170 million has been expended on authorized bond projects, leaving the district with a Measure M bond project fund balance of $10.4 million and a Measure E fund balance of $48.9 million as of June 30, 2018.

“The work of the Independent Citizens Oversight Committee is important in confirming for the community that the college is in fact delivering on the construction and renovation projects authorized by voters,” said Sharlene Coleal, assistant superintendent/vice president of business services.
“Being able to count on the support of the Santa Clarita Valley community is a privilege as we build for the future and continue to grow in response to community needs,” Chancellor Dr. Dianne G. Van Hook said.

Since its passage in November 2006, Measure M has funded major facilities such as the Mentry Hall expansion, The Learning Center (TLC)/Library expansion, Dr. Dianne G. Van Hook University Center, Canyon Country campus, College of the Canyons Institute for Culinary Education, and the Canyons Hall student services/administration building. The addition of these facilities has enabled the college to accommodate more students, add programs, and enhance access and opportunity as enrollment grew 44 percent from 2004 to 2017.

The balance of Measure M was used to begin construction of the Science Center at the Canyon Country campus and a 1,659-space parking structure at the Valencia campus. Measure E, the $230 million general obligation bond measure approved by voters in June 2016, provided the funding to complete those two projects and will enable the college to fund future construction projects at both campuses. 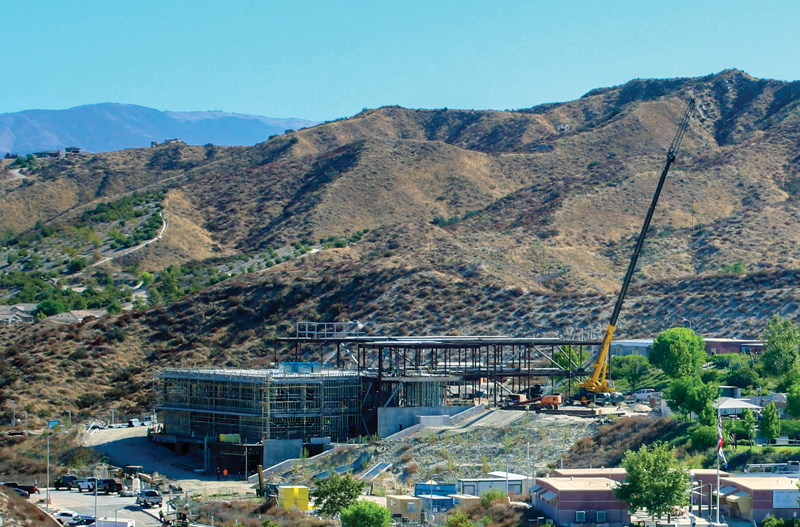 The Science Center at the Canyon Country campus is on track for completion in 2020.

The second bond issuance of Measure E, the Santa Clarita Community College District general obligation bonds, were sold on Aug. 7, yielding $85 million to assist College of the Canyons in building out the Canyon Country campus and upgrading the Valencia campus.

“We look forward to enhancing facilities at both campuses, which will allow us to expand programs and services for students and deliver on the commitment we made to voters in 2016,” said College of the Canyons Chancellor Dr. Dianne G. Van Hook. “This year marks the college’s 50th year of service to Santa Clarita, and thanks to the community’s support through Measure E, we are well-positioned for continued growth and development in the years to come.”

As a part of the financing process, the District re-affirmed its credit ratings with Fitch Ratings and Standard & Poor’s, which issued an “AAA” rating—the highest rating assigned to a community college—and an “AA” rating, respectively, with stable outlooks.

As a result, the district received over $544 million in orders for the $85 million in bonds being offered, which demonstrated significant investor interest in the district’s bonds.

The current interest bonds went to market August 7 with a final true interest cost of 2.8 percent, down from 3.1 percent just 24 hours earlier. The rate drop, which came in response to action by the Federal Reserve and changes in the global economy, led to a $7 million savings for local taxpayers.

“The successful outcome was due to the expertise of district staff and their financial advisors, who ensured the college was ready to take the bonds to market at the optimal time,” said Assistant Superintendent/Vice President of Business Services Sharlene Coleal.

Local voters approved Measure E in June 2016 for a total of $230 million to fund multiple projects at both campuses. The bonds are funding construction of the Science Center, which is located at the Canyon Country campus and serves as a focal point for students and first-time visitors. The approximately 52,000-square-foot building will primarily be devoted to physical and biological sciences, housing eight labs, plus lecture classrooms.

Projections show student enrollment at College of the Canyons growing to reach 30,000 students per semester over the next decade or so. That increase is expected in part from new programs like Canyons Promise, which provides first-time, full-time students with two free years of college, as well as College Now!, which enables high school students to take courses without paying the $46 per unit enrollment fee.

Refund to Save Taxpayers $8.3 Million

College of the Canyons refunded $31 million of outstanding general obligation bond debt. The district’s taxpayers will have cash flow savings of $8.3 million over the next 23 years. This represents an overall savings of 12.96 percent of the bonds that were refunded.

The Santa Clarita Community College District Board of Trustees voted Nov. 6 to refund these particular general obligation bonds from Measure M. The sale was completed on Nov. 14.

This is the third time in six years the college has refunded bonds to lessen the tax impact on property owners. A 2016 refunding yielded $35 million of savings, which represented more than a 23 percent reduction. That refunding also lowered taxes for area property owners.

The Government Finance Officers Association, a national non-profit organization dedicated to providing guidance to improve government management, advises that agencies should consider refunding bonds if they can save taxpayers at least 3 percent. The college district’s overall savings of 12.96 percent of the bonds that were refunded indicates how advantageous it was to refund now.

“The Measure M and E Citizens Oversight Committee applauds Chancellor Dr. Dianne Van Hook and the college’s staff for their efficient actions to maximize the bond funds to improve the college’s two campuses,” said Nick Lentini, chair of the bond oversight committee. “Their proactive approach in working with professionals in the bond management industry has repeatedly provided savings to Santa Clarita Valley taxpayers.”

Measure C, which local voters passed in 2001, funded a number of significant facilities improvements, including the cost of acquiring land to build the Canyon Country campus, and constructing the Hasley Hall classroom and computer facility, the Aliso Hall and Aliso Lab science facilities, and the Pico Canyon Hall performing arts classroom and rehearsal spaces.

The funding provided through Measure M helped the college complete a number of projects, including all initial buildings at the Canyon Country campus. It also qualified the college to receive state matching funds used in building the Dr. Dianne G. Van Hook University Center. Other key projects include the College of the Canyons Institute for Culinary Education, the Mentry Hall classroom expansion, Library and The Learning Center expansion, Applied Technology Education Center at the Canyon Country campus, and the Canyons Hall student services center.

Together, Measure C and Measure M qualified College of the Canyons to receive $56.2 million in construction funds from the state. 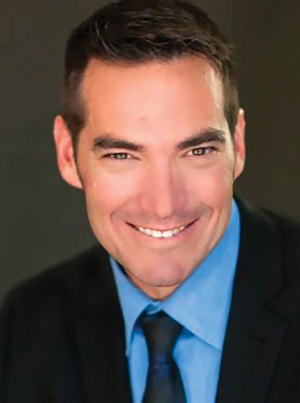 On behalf of the Independent Citizens Oversight Committee, it is my pleasure to present this bond update to the community.

Over the last year, my fellow committee members and I have continued to monitor the work being accomplished at College of the Canyons as a result of funds made available through the voter-approved Measure M and Measure E general obligation bonds.

The purpose of this update is to provide an overview of the progress of the bond programs and to assure the citizens of our community that their tax dollars are being spent as intended by the ballot measures. We are pleased to report that our committee is satisfied with both the tangible progress and fiscal management of the college district’s general obligation bond programs.

College of the Canyons’ leadership and staff are to be commended for their conscientious stewardship of Measure M and Measure E. At the same time, we applaud the continued support of local citizens. This collaboration will ensure that College of the Canyons remains a premier institution of higher education for many years to come. 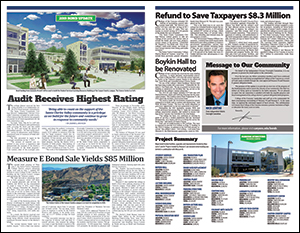