Employees Celebrated for Years of Service

Every year, College of the Canyons honors staff, faculty members and administrators who have reached milestones in years of service to the college. This year’s Service Awards were especially significant as the college celebrates its 50th anniversary.

“It is often said that people make the places, and that is certainly true about College of the Canyons since the start,” said Chancellor Dr. Dianne G. Van Hook. “We are honored to attract and retain such talented and passionate people who make our college a better place in every way.”

Among the 75 staff, faculty members, administrators, and board members who were recognized were Gary Peterson, Stephanie Paglia and Michele Jenkins for their 35 years of service.

As the longest serving COC board member, Jenkins’s connection to the college dates back to the beginning.  She was a COC student when the college opened for its first semester in fall 1969.

A board member since 1984, Jenkins has provided leadership at the state level, serving as president of the California Community College Trustees Board of Directors, which she served on from 1994 to 2005.

“Michele Jenkins was a member of the Board of Trustees that hired me in 1988,” said Chancellor Dr. Dianne G. Van Hook. “She took a chance on me and it has been an honor to work alongside her for the past 31 years.”

A Bronx native, Paglia is an administrative assistant who has worked in the Academic Affairs Office for the past 35 years. She is also a former COC student who graduated with an associate degree in office automation before joining the college’s Classified Staff in 1984.

In addition, Paglia is co-chair of the Classified Staffing Committee and a member of the Emergency Preparedness Plan Committee. She received the California School Employees Association Member of the Year Award in 2017.

During his 35-year tenure at COC, Peterson has served as the Coordinator of Student Activities, division chair, faculty association president, coach of cross-country and golf teams, communications instructor, and cinema instructor and department chair.

An avid cinephile, his “Guido Santi Friday Night Film Program” ensures that “the best films never seen in the Santa Clarita Valley” are shared with the campus and local community.

This year’s honorees also included Dr. Bernardo Feldman for his 30 years of service.

Reynaldo Briones, Gary Dickinson, and Fred Escalante were also distinguished for their 25 years of service. 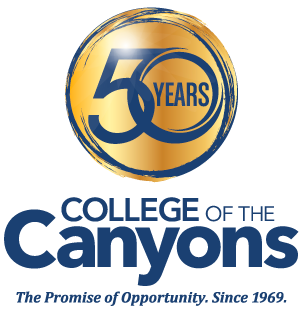