Likewise, Palmer was also a unanimous National Division, Northern League First-Team honoree in 2019. Ranked as the No. 2 JUCO center in the nation, Palmer recently signed with Middle Tennessee State University, an NCAA Division I program in Murfreesboro, TN.

Ike, another unanimous selection to the Northern League First-Team, recorded an impressive 107 total tackles, two sacks and 10 tackles for loss to lead the Cougars' defense and rank fourth in the state. However, his 72 solo takedowns tied for the state's top mark. He posted double-digit tackle totals in four of the final five games down the stretch including a season-high 20 stops during COC's first round playoff victory over Saddleback College.

Edden was named the 2019 SCFA National Division, Northern League Offensive Player of the Year award after finishing the season with 33 total touchdowns (27 passing/six rushing), 3,044 passing yards and a 63.7 completion percentage. The young signal caller tossed at least one touchdown in 11 of 12 games, while also using his legs to rank third on the team in rushing with 270 yards on the ground.

Canyons (9-3, 4-1) shared the 2019 National Division, Northern League championship with Ventura College (8-3, 4-1) and Long Beach City College (7-3, 4-1) before moving on to host Saddleback College in the first round of the Southern California Regional Playoffs.

The Cougars defeated Saddleback 58-53 in the opening round of the postseason before falling to eventual state champion Riverside City College in the Southern California Championship game. 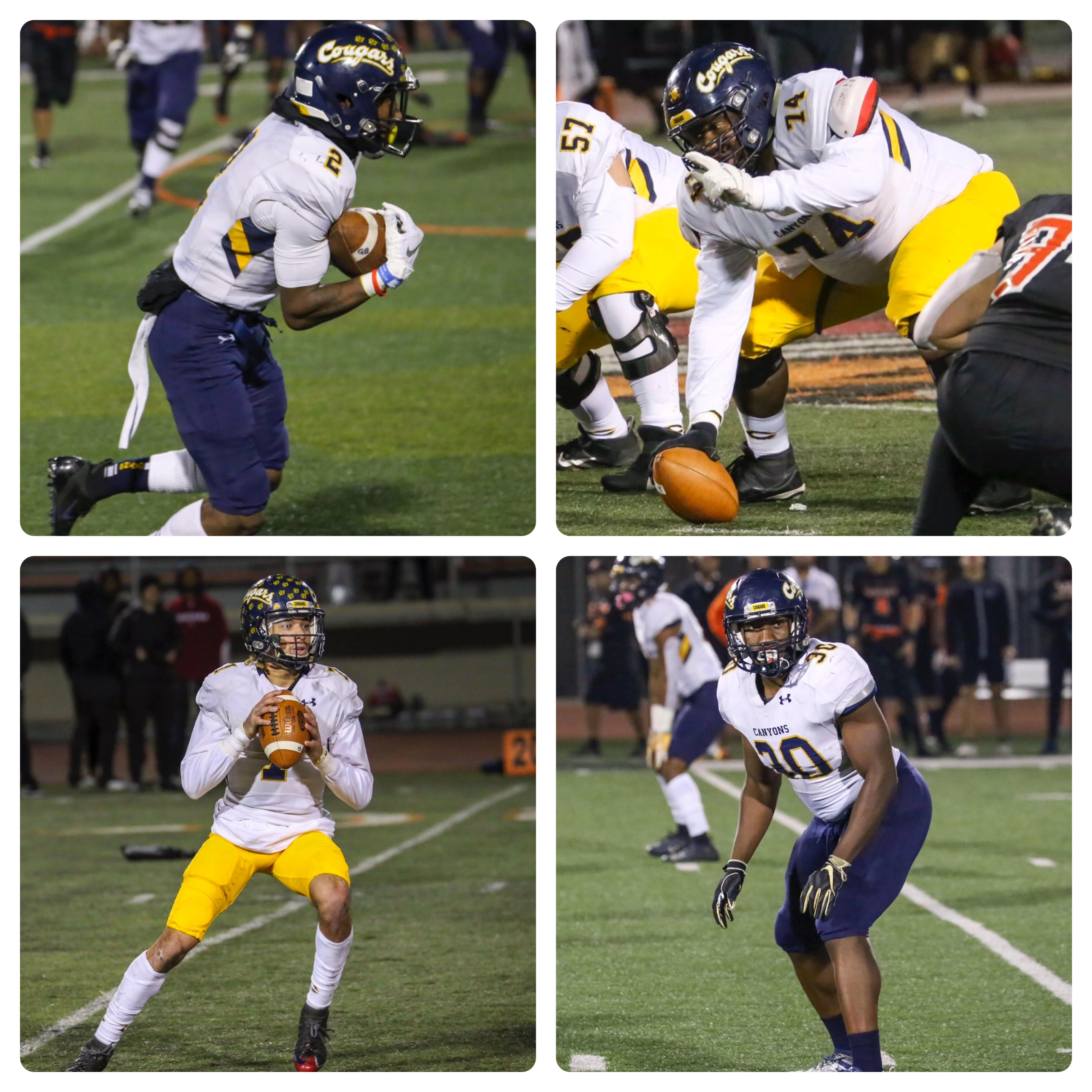