New Fuel Cell Is Up and Running

While College of the Canyons recently transitioned most of its spring courses and services to an online format, something else at the college recently went online.

On Tuesday, March 24, the college came one step closer to energy independence when its new Bloom Energy Corp. fuel cell went online for the first time.

The first phase of the college’s new fuel cell plant—which will provide the college with nearly a megawatt of power—achieved 100 percent output within 24 hours.

The second phase of the fuel cell project—which will generate more than 500,000 kilowatts of power and bring total plant production to 1.5 megawatts—will be completed in the fall.

“This is a very exciting step for the college’s sustainability efforts,” said Jim Schrage, vice president of facilities planning, operations and construction at the college. “Our new fuel cell technology system will dramatically reduce the college’s emissions, carbon footprint, and dependency on the energy grid. We want to thank Bloom Energy Corp. for helping us improve our energy efficiency.”

Located on the west side of campus, the fuel cell plant was part of an upgrade of the college’s existing fuel cell technology system, made possible thanks to a $3 million award from the South Coast Air Quality Management District.

Previously, the college relied on the original Bonelli Hall central plant, the south campus plant and a third plant on the north side of campus for its heating, cooling and hot water needs.

The system overhaul also included removing the college’s two co-generators, upgrading the existing cooling tower, and adding a new chiller to compensate for the lost production of cold water previously produced by the existing co-generator.

A central plant is a facility that houses chillers, boilers, and cooling towers that serve as a single supply source for hot water and chilled water that services multiple buildings from a central location.

The college has made use of central plants to reduce waste and create an energy efficient campus from the very beginning.  COC installed its first central plant on the roof of what is now Bonelli Hall, but as the campus continued to grow, the need for expansion of the central plant became apparent in the early 1990s.

“College of the Canyons is proud to have been at the forefront of implementing new energy-efficient technology,” said College of the Canyons Chancellor Dr. Dianne G. Van Hook. “We are always looking for innovative ways to continue improving upon our sustainability efforts at both our campuses.”

COC was one of only three educational institutions to receive an incentive fund from SCAQMD in 2019 to replace older, higher-emitting appliances and equipment with zero and near-zero emission technologies. 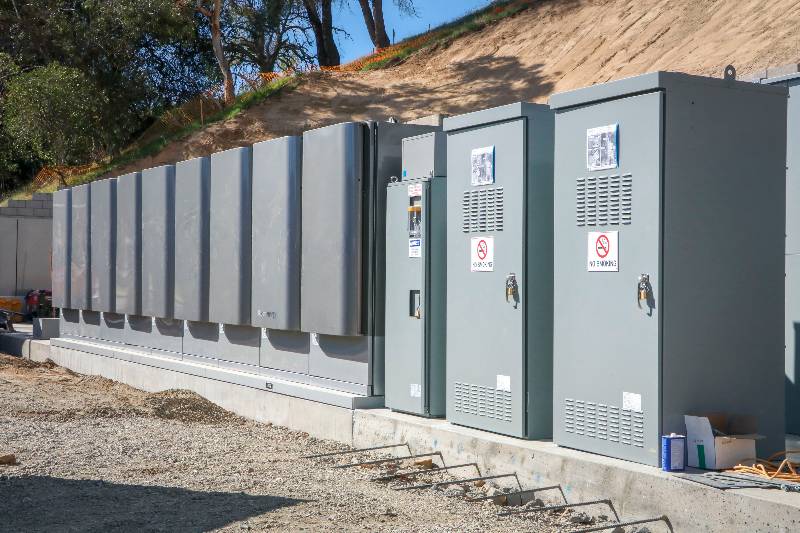