The college district received the best rating possible in an independent audit of its general obligation bond expenditures.

The Santa Clarita Community College District’s Independent Citizens’ Oversight Committee accepted the audit results, which showed that for the 13th year in a row, the district has properly accounted for all bond expenditures and expended them in accordance with the projects approved by voters in Measure E ballot measure.

Eide Bailly LLP conducted both the financial and performance audit, covering the fiscal year that ended on June 30, 2020 and issued the District an unmodified opinion – the best rating possible – noting no adjustments, audit findings, questioned costs or instances of bond noncompliance.

The firm presented its report to the district’s independent citizens’ bond oversight committee at a meeting on January 28, 2020.  The report was presented to the college’s Board of Trustees on February 23, 2021.

“I was pleased to report to the District’s Board of Trustees that the Committee had fulfilled it obligation for 2020 to review and report on the expenditure of bond funds to ensure they are spent in accordance with the provisions of Measure E,” said Kevin Holmes, chair of the Independent Citizen’s Bond Oversight Committee. “The Committee recognizes the importance of ensuring that taxpayer dollars are spent properly and we are happy to volunteer our time to act as fiduciaries in this regard.”

The 2019-20 audits confirm approximately $141.8 million in resources from the first two bond issuances, which also includes earned interest and net premium in the bonds. Of that amount, $61.7 million has been expended on authorized bond projects, leaving the District with a Measure E bond project fund balance of $80.1 million as of June 30, 2020.

“I want to thank the Independent Citizens Oversight Committee for their meticulous and dedicated work to ensure transparency,” said College of the Canyons Chancellor Dr. Dianne G. Van Hook. “Without the support of the Santa Clarita Valley community, we could not continue to meet the needs of our students and provide them with access to high-quality education and tools for success.”

Local voters approved Measure E in June 2016 for a total of $230 million to fund multiple projects at both campuses.  The bonds are funding construction of the Science Center, which is located at the Canyon Country campus and serves as a focal point for students and first-time visitors. Construction is nearly complete on the approximately 55,000-square-foot building, which will primarily be devoted to physical and biological sciences, housing eight labs, plus lecture classrooms.

The four-story Student Services/Learning Resources Building will be the new home to Student Services and The Learning Center (TLC). The 55,000-square-foot-building will sit adjacent to the Science Building at the center of campus and will provide office and library space.

Measure E, the $230 million general obligation bond that was approved by voters in June 2016, provided the funding to complete those two projects and will enable the college to fund future construction projects at both campuses. 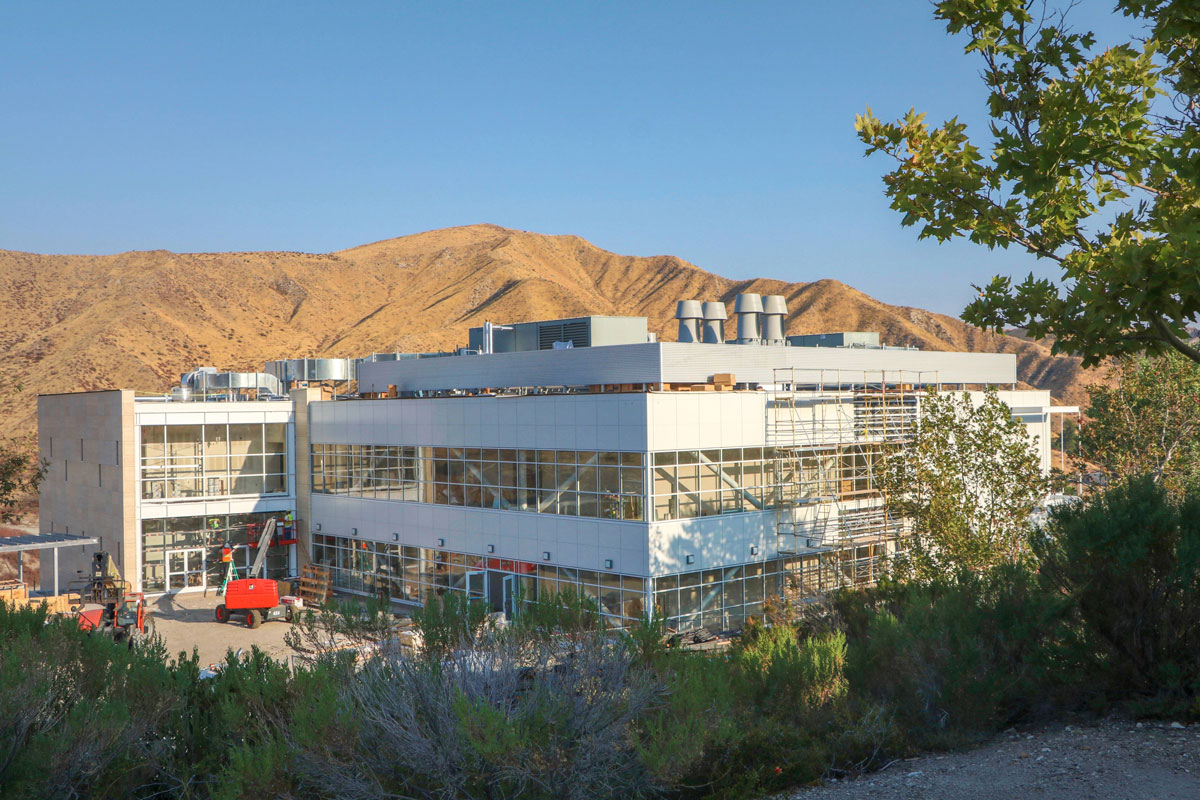 Measure E is helping fund the construction of the Science Center (above) at the Canyon Country campus. Enlarge image