The Scholar Team Award is the highest academic team achievement given annually by the CCCAA. It emphasizes the academic achievement of all members of one specific team.

Only one team is selected for each CCCAA sport, with a total of 22 men's and women's teams honored for the 2019-20 school year.

To be eligible, all team members must have excelled academically with a total GPA of 3.0 or higher. The team should also have demonstrated better than average accomplishments in intercollegiate athletic competition.

"To be honored with a Scholar Team Award is a tremendous accomplishment, but an especially noteworthy feat for a team that captured back-to-back state championships," said COC women's golf head coach Gary Peterson. “To be able to succeed at such high levels both on the course and in the classroom is truly outstanding.”

Featuring a mix of both local and international players, the six-member 2019 women’s golf team posted a combined team GPA of 3.35.

"Even more impressive is the fact that two of our golfers were international student-athletes who also had to navigate through language barriers and cultural differences,” said Peterson, whose team included players hailing from Japan and Taiwan.

“To achieve success like that, both in your sport and in the classroom, is truly outstanding,” added Peterson.

Canyons won its second consecutive CCCAA Women’s Golf State Championship in 2019 (the program’s fourth overall) after capping a two-year run that also saw the Cougars win 25 straight tournaments dating back to the start of the 2018 season.

The women's golf team now holds the distinction of being the first COC athletic program to win back-to-back state championships.

Canyons got another bundle of exciting news after clinching the state title when sophomore Fredeliza Lieberman revealed to coaches and teammates that she has played the 2019 season while pregnant.

Delaney Young, the lone freshman on the 2019 state championship team, retains a year of eligibility with the Cougars.

"Our players worked hard in the classroom and on the course, and it paid off," said Peterson. "I'm very proud of all of them."

The team will be celebrated during the annual CCCAA Convention being held virtually March 30 to April 2. 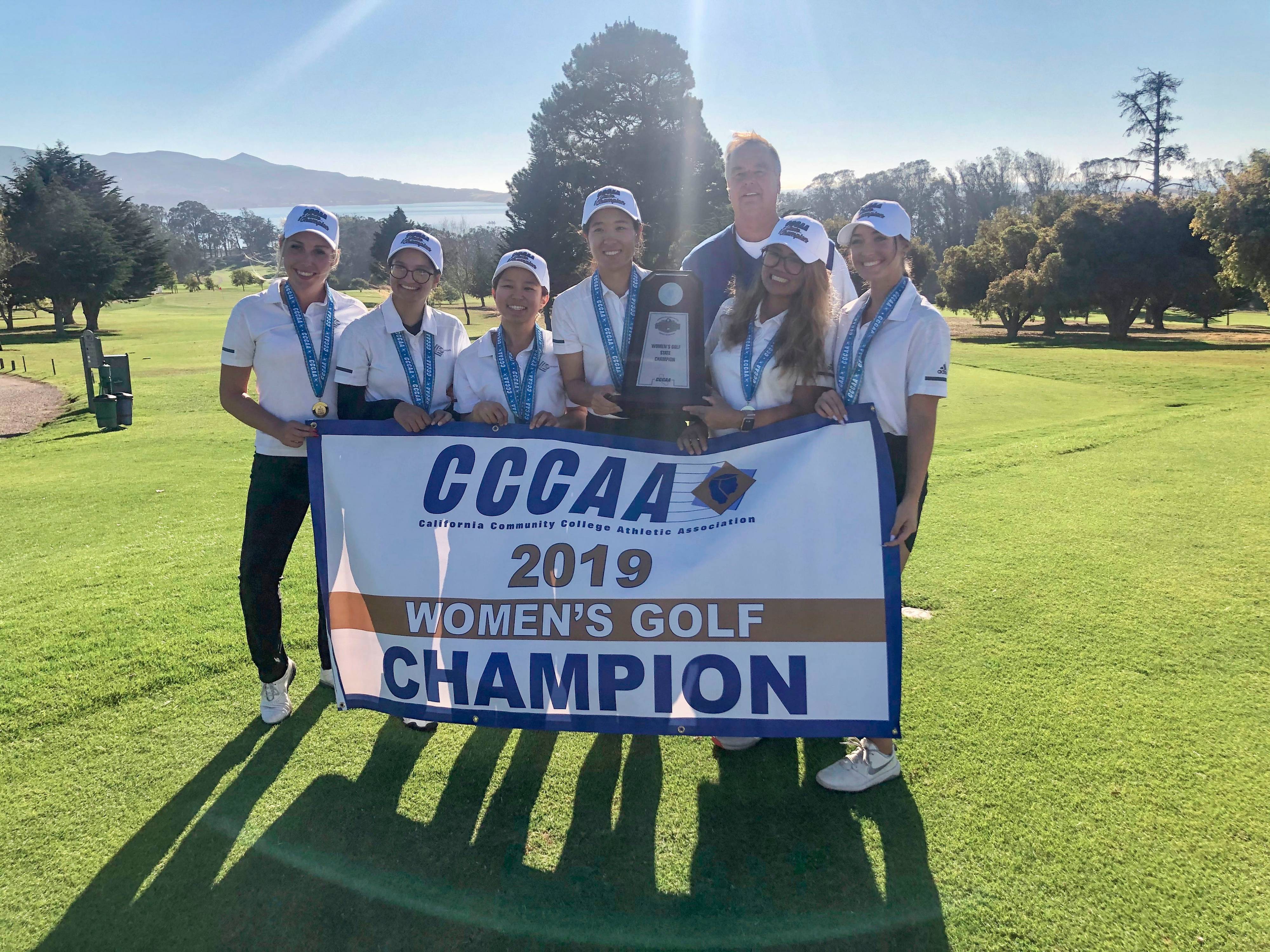