“Chad has served his students, his college, and our statewide organization with distinction for many years,” said CCCATA Vice President Warren Voyce. “His contributions are directly responsible for a higher level of health and safety and student success, both on the field and in the classroom for students at community colleges across the state.

“We are pleased to recognize Chad with this prestigious honor. Congratulations to College of the Canyons for empowering and supporting such an amazing athletic trainer and administrator,” added Voyce.

Peters came to COC in 2008 as a certified athletic trainer working toward the prevention, treatment, and rehabilitation of activity-related injuries and conditions sustained by COC student-athletes.

Prior to that he also spent six years in the same capacity at L.A. Valley College and was an athletic trainer for two years at California State University, Bakersfield.

In his current position as associate athletic director, Peters is responsible for student-athlete eligibility, team schedules and transportation, game management and other day-to-day operations. He also continues to serve as an adjunct faculty member in the college’s kinesiology department.

“Chad is an integral part of our department,” said Chuck Lyon, Dean of Physical Education, Kinesiology & Athletics and Athletic Director at the college. “He has worn many hats during his tenure with COC athletics, all with integrity and great character, and has adapted well to the role of associate athletic director while also balancing the important responsibilities of a leadership position with CCCATA.”

Despite seeing his role evolve at COC, Peters remains committed to the field of athletic training and helping to advocate for the important job athletic trainers perform.

“I am honored to receive the Athletic Trainer of the Year award, and extremely enjoyed serving in CCCATA leadership positions over the last several years,” said Peters. “The CCCATA is a great organization that takes the health and welfare of CCCAA student athletes as a top priority.

“The COVID-19 pandemic has made this an especially challenging time to work as an athletic trainer at the community college level,” added Peters. “All athletic trainers should be recognized and commended for the work they continue to do for the safety of student-athletes.” 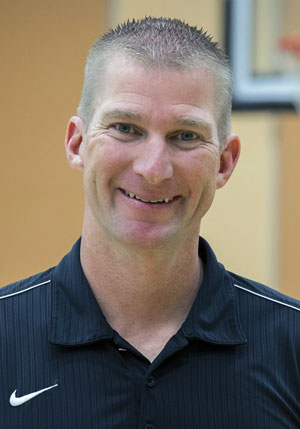