Former College of the Canyons defensive back Bryan Mills is the latest former Cougar to join the NFL ranks after signing a free agent contract with the Seattle Seahawks over the weekend.

“I’m excited for this opportunity,” said Mills via a video posted on the Bleacher Report Gridiron Twitter account in the moments after he received word that his first NFL contract was being drawn up. “Can’t wait to just get out there and start making a name for myself.”

Mills, who played the 2018 season at COC before transferring to North Carolina Central University (NCCU), had drawn heavy attention as a potential pro prospect leading up to the 2021 NFL Draft.

Though not selected during the draft process, Mills’ talents were quickly acquired in the hours that followed as NFL teams continued to evaluate players and fill the remaining needs on their rosters.

“I’m excited,” added Mills. “I don’t care if I got drafted or not, I still get the opportunity.”

Described by COC head coach Ted Iacenda as having an “unrivaled tenacity” and someone who will “outwork anybody” while possessing an “ability to learn,” Mills appeared in eight games, playing both in the secondary and on special teams.

Those positive attributes helped contribute to a super-talented and nationally ranked defensive unit that limited opponents to a state-best 9.5 points per game through the regular season and surrendered just 10 touchdowns on the year.

Nine defensive backs from the Cougars’ 2018 team eventually moved on to play at NCAA Division I programs.

“College of the Canyons has built its football program on the belief that no one in the country will ever out work us,” Iacenda said. “Our student athletes believe that when they step on the field they will be in better shape, stronger, faster, tougher and more disciplined than every opponent we face. There is a case to be made that Bryan Mills is quite possibly the hardest working young man who has ever walked through our doors.”

After graduating from Canyons in 2019, Mills received his only scholarship offer from NCCU, an NCAA Division I Football Championship Subdivision (FCS) program located in Durham, North Carolina.

NCCU, which is an Historically Black College and University (HBCU), competes in the Mid-Eastern Athletic Conference (MEAC).

Mills is one of five former Cougars to transfer to an HBCU over the last eight years.

In his first season at NCCU, Mills pulled down five interceptions and recorded 13 passes defended to lead the conference in both categories. He earned First-Team ALL-MEAC honors and also set a school record with three interceptions in a single game vs. Morgan State on Sept. 28, 2019.

Despite the majority of HBCU programs not competing in 2020 due to the COVID-19 pandemic, Mills still earned an invite to the week-long Reese’s Senior Bowl, the annual post-season all-star game designed to showcase potential draft prospects. Competing against some of the top college football talent in the nation, Mills was able to attract the attention of several NFL scouts.

According to the website HBCUgameday.com, of the 460 NFL draft prospects on the league’s prospect tracker just five, including Mills, were from HBCU programs. The 2021 NFL Draft did not feature any HBCU players for the ninth time since 2000.

Mills, who attended Quartz Hills High School in Palmdale, joins an elite list of former Cougars to be drafted or sign with an NFL team.

Most recently, former Canyons and Oklahoma University star wide receiver Marquise Brown (COC 2016) was selected by the Baltimore Ravens with the 25th overall pick in the first round of the 2019 NFL Draft.

Pierre-Paul was selected by the New York Giants with the No. 15 overall pick in 2010. The San Francisco 49ers took Sopoaga in the fourth round in 2004, and the Cincinnati Bengals picked Peko in the fourth round in 2006. Arrington went 44th overall in the second round to the Arizona Cardinals in 2005. Rivera was selected by the Oakland Raiders in the sixth round of the 2013 draft.

“I’m going to make the most of this now … It’s just another adversity story, inspiring, motivational story,” commented Mills about his non-traditional path to the NFL. “I’m that type of dude. I’m a diamond in the rough and I can do anything. So yeah, stay tuned." 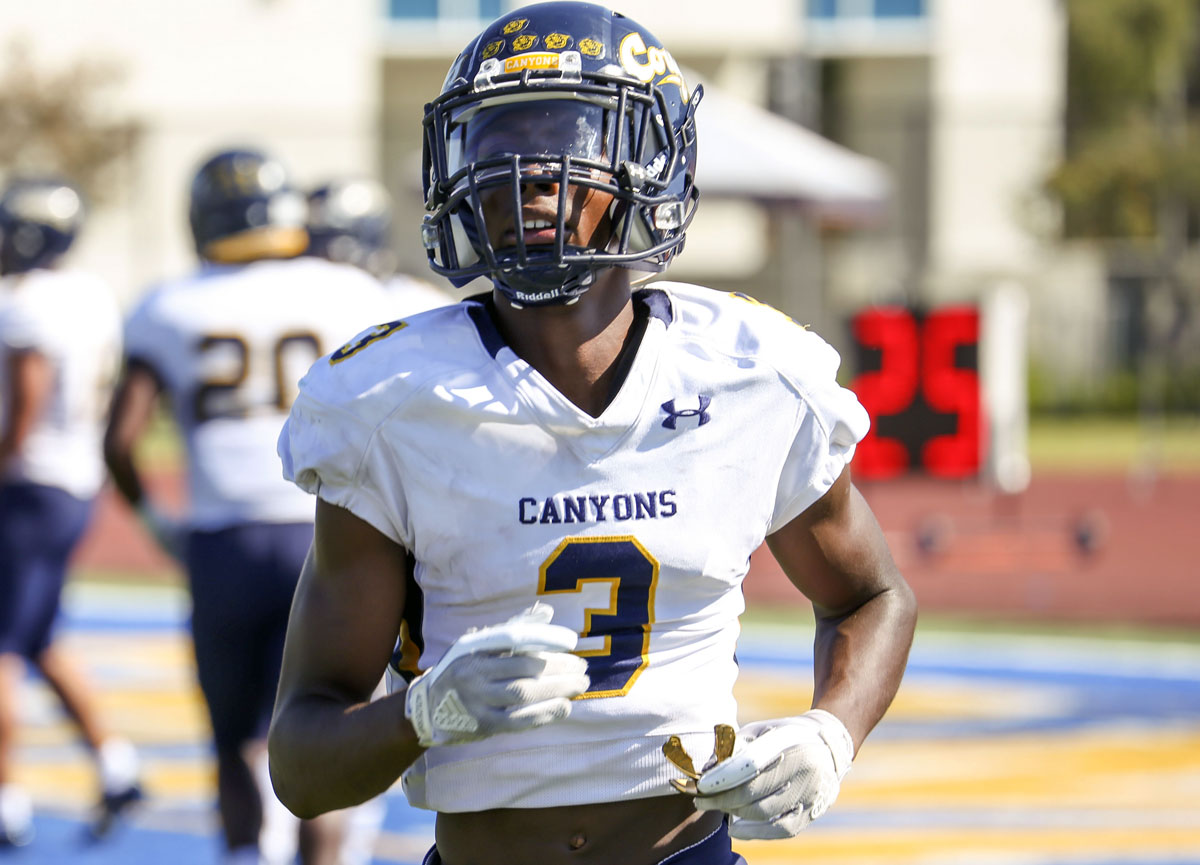