When College of the Canyons track & field student-athlete Sean Tomer lost the ability to compete due to the ongoing COVID-19 pandemic, he didn’t despair.

Instead, he channeled his energy into academics, becoming the first COC student-athlete to join the college’s Aerospace and Science Team (AST), earning the opportunity to lead a NASA student platform project, and eventually walking away with a 3.71 GPA and five associate degrees as a member of the college’s 2021 graduating class.

“It was difficult to be a part of both of those programs,” said Tomer about balancing time between athletics and AST. “I’ve always been the type of person who has to constantly stay busy, so having a busy schedule was nothing new to me. But when the track season was cancelled, my schedule became much more open.”

While a student at Valencia High School, Tomer played on the basketball team his first two years before transitioning to what was then a new sport for him, track & field.

“I knew that I was getting into a competitive sport kind of late in the game,” said Tomer, whose natural abilities aligned with the long jump and triple jump events. “With some work, I knew I could be very good, even competitive. After high school graduation I joined the track & field team at COC and began training for the 2020 season.”

Around that same time Tomer also became aware of the COC AST team and wanted to get involved.

COC AST — which includes High Altitude Student Payload (HASP) and RockSat-X — is a team of students, faculty members, and alumni that build instruments to conduct research in the upper atmosphere and space. To date, the team has flown four high altitude balloon missions aboard the NASA HASP system; two to collect interplanetary dust particles, and two to neutralize harmful acids within the upper stratosphere.

“It sounded interesting, and when I looked into it more and saw how intensive the program is, I got very interested,” remembers Tomer. “I sat in on a meeting at first just to see what it was all about. It took only a few minutes for me to realize that this is exactly what I want to be doing.

“I have learned too many things to count through NASA HASP and RockSat-X,” he added. “My favorite part of the program is all of the hands-on experience. These teams have given me tons of leadership and engineering experience that would have been otherwise impossible.”

“Our goal is to collect data on the frequency of antimatter collisions in the upper stratosphere,” said Tomer, who served as the NASA HASP project manager for 2021. “This should give us a better understanding of the composition and origin of the universe.”

Vacuum and thermal testing for the HASP project is scheduled to take place at NASA’s Columbia Science Balloon Facility in Palestine, Texas in July 2021. HASP is then expected to launch on Sept. 6, 2021 from NASA’s site in Fort Sumner, New Mexico.

While it’s difficult for student-athletes to be able to devote the time toward extracurricular programs like COC ACT, it may have been Tomer’s athletic background and team mindset that helped him excel as HASP project manager.

“Sean shows up,” said Teresa Ciardi, co-advisor to COC AST and a physical science professor at the college. “It’s one thing for a person to say they want to be a part of the team, that they want a leadership position. It is another thing entirely to always show up, be present, and to fulfill the responsibilities of that leadership position. Sean shows up even when the work is outside of his area of expertise.”

Included among Tomer’s many duties as project manager on the still ongoing project are overseeing project evaluation and process improvement, the direction of project plans, the procurement of equipment, deadline coordination and reporting to NASA HASP management.

“In my opinion, his athletic team experience is probably what drives Sean's ability to tell team members what he needs for the project, and what they need to complete for the next required NASA document,” added Ciardi.

With a leadership role in COC AST secured, Tomer continued to eye the start of the spring 2020 season, working towards his goals on the track and in the sand pits.

“College of the Canyons offers the very best in terms of academic resources and athletic competition and Sean involved himself in both,” said COC track & field head coach Lindie Kane.

“He is the type of student-athlete that is totally committed to the group effort of the team,” added Kane, pointing out that Tomer also ran sprints and filled in on relay teams when not jumping. “We are so proud of his academic achievements and participation on COC AST.”

Things were looking bright early in the season, with the Cougars competing in four meets and winning the first Western State Conference event before, having the remainder of the 2020 season cancelled due to the COVID-19 pandemic.

“I was pushing myself and really looking forward to seeing what I could do,” said Tomer. "So yeah, I was really disappointed. But of course, I understood why.”

Disappointed but not discouraged, Tomer continued to run and stay in shape while refocusing on his classes, which had shifted to an online format, and managing the HASP project.

“I just accepted my circumstances,” explained Tomer. “I adapted as best as I could and tried to stay on track academically. Staying in touch with my coaches and teammates on a regular basis really helped.”

A second blow came when the 2021 track & field season was also called off due to health and safety concerns related to the COVID-19 pandemic.

Despite losing the ability to compete for a second time, and likely ending his track & field career, Tomer stayed the course.

Last fall, he was named one of the COC athletic department’s 27 Canyons Elite student-athletes for 2020-21, serving as a leader and representative of the track & field program, and an ambassador for Cougar athletics.

It was also during this athletic down time that Tomer realized he was within reach of not one, but multiple, associate degrees.

“It wasn’t intentional,” laughed Tomer, who began taking college classes as a concurrently enrolled high school student back in 2017. “I didn’t realize I was that close until my counselor pointed it out.”

With the finish line in sight, Tomer continued to put his best foot forward academically. That hard work paid off when he brought home associate degrees in computer science, physics, social sciences and two more in mathematics.

With multiple degree paths available to him, for now, Tomer has selected computer science as his preferred major when he enrolls at California Polytechnic University, San Luis Obispo this fall.

“I’m not sure of what I want to do in the future,” Tomer said. “But I do know I want it to be in the field of computer science.”

And while he’s clearly an important member of both the COC AST and track & field teams, Tomer has trouble choosing which college experience he prefers.

“The two teams are different in almost every way imaginable,” Tomer commented. “But they are similar in that they are both very supportive, and most effective when everyone is in sync to achieve a common goal.

“I enjoyed both teams equally. Track is physically demanding, while AST requires a completely different skill set,” Tomer concluded. “But both are challenging and competitive. For me, they complemented each other.”

As for embracing an early track & field retirement, Tomer chooses to see the bright side of his situation.

“Like many college athletes, I’m disappointed that it was all cut short,” he said. “For me though, the positive is that I was able to devote more time and energy to my classes and the AST teams.

“2020 is gone and I’ll never get it back, but I think it needs to be put in perspective,” Tomer stated. “I lost one or two athletic seasons, but other people lost a lot more.” 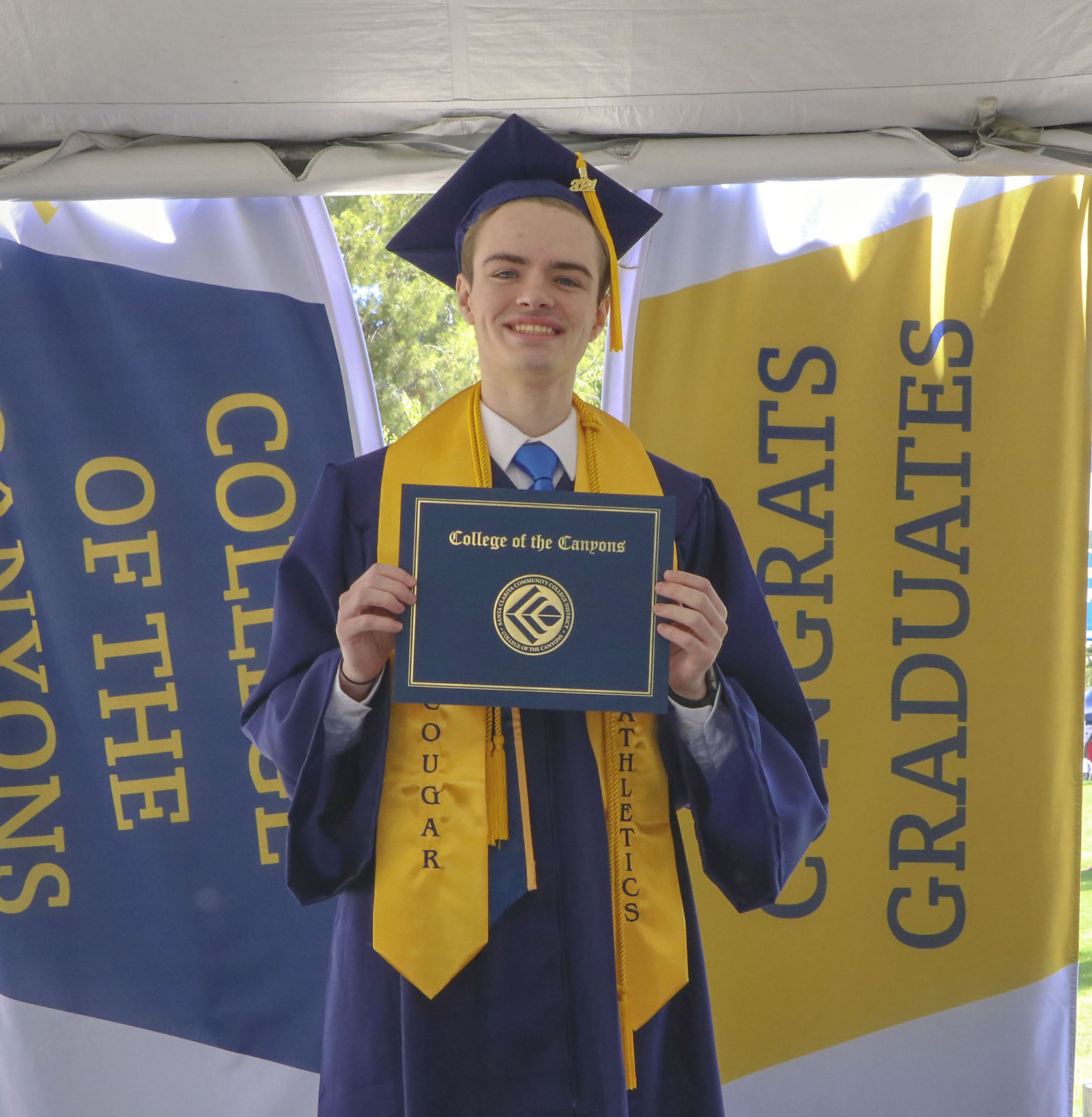