Five months after enrolling in the College of the Canyons Emergency Medical Technician (EMT) program, Jonathan Nasrallah found himself in a worst-case scenario, which prompted him to use his newly acquired skills and knowledge to save the life of a family member.

On Sunday, May 9, while celebrating Mother’s Day with his family in Glendale, Nasrallah’s uncle Steve collapsed.

“He’s like a dad to me,” said Nasrallah. “In a second, the adrenaline started rushing inside of me and I knew that I had two to three seconds to do something.”

Nasrallah, 21, did everything he had learned in his EMT classes up until that point. After checking his uncle’s pulse and placing his ear to his face to detect breath, he realized his uncle had gone into full cardiac arrest.

Recalling from his studies that the human brain can only survive five to six minutes without oxygen, Nasrallah sprang into action and started administering CPR as his family watched and screamed in horror.

“I remember everything around me disappeared and everyone zoned out, like you see in the movies,” said Nasrallah. “I was praying, ‘God, I don’t want my uncle to die in my hands.’"

Nasrallah used his body weight during CPR so his arms didn’t get tired, just as his EMT instructor Patti Haley had taught him.

With his father’s help with ventilations, Nasrallah was able to do approximately 100 compressions per minute until the paramedics arrived and took over.

Once his uncle had been taken to a hospital, Nasrallah called Haley.

“I said, ‘Thank you for pushing us,’” recalled Nasrallah, speaking on behalf of his EMT classmates. “Not only do they teach us CPR, but they make sure we practice. The program as a whole, from the way it is structured to the equipment we use, is amazing.”

Haley remembers how excited Nasrallah sounded over the phone when recounting the incident to her. She was immediately impressed by his quick thinking and ability to manage the scene and give directions to other family members.

“It is much easier to take care of an anonymous patient with a team of EMS responders, than to handle an unexpected incident with a loved one at a family celebration as a lone EMS provider,” said Haley. “Jonathan is an example of the outstanding men and women that are part of the COC EMT program.”

Two days later, when Nasrallah’s uncle woke up from therapeutic hypothermia—a medically induced procedure to prevent brain damage in cardiac arrest patients and aid in recovery—he had no idea what had happened.

“He thought he passed out,” laughed Nasrallah. “He was shocked and full of big thanks.”

When Nasrallah completed his EMT training at COC in June, he was awarded the First Lifesaver Award.

“Patti [Haley] came up with it because she said she had never had a student save a family member’s life before,” said Nasrallah.

Nasrallah plans to work as an EMT for a couple of years before applying to medical school.

In the meantime, he will continue working toward an associate degree in public health science at COC.

The Granada Hills resident says saving his uncle’s life not only brought his family closer together, but it also confirmed his decision to become an ER doctor.

“That whole incident sealed the deal with me,” said Nasrallah. “It made me want to do it even more and save other lives.” 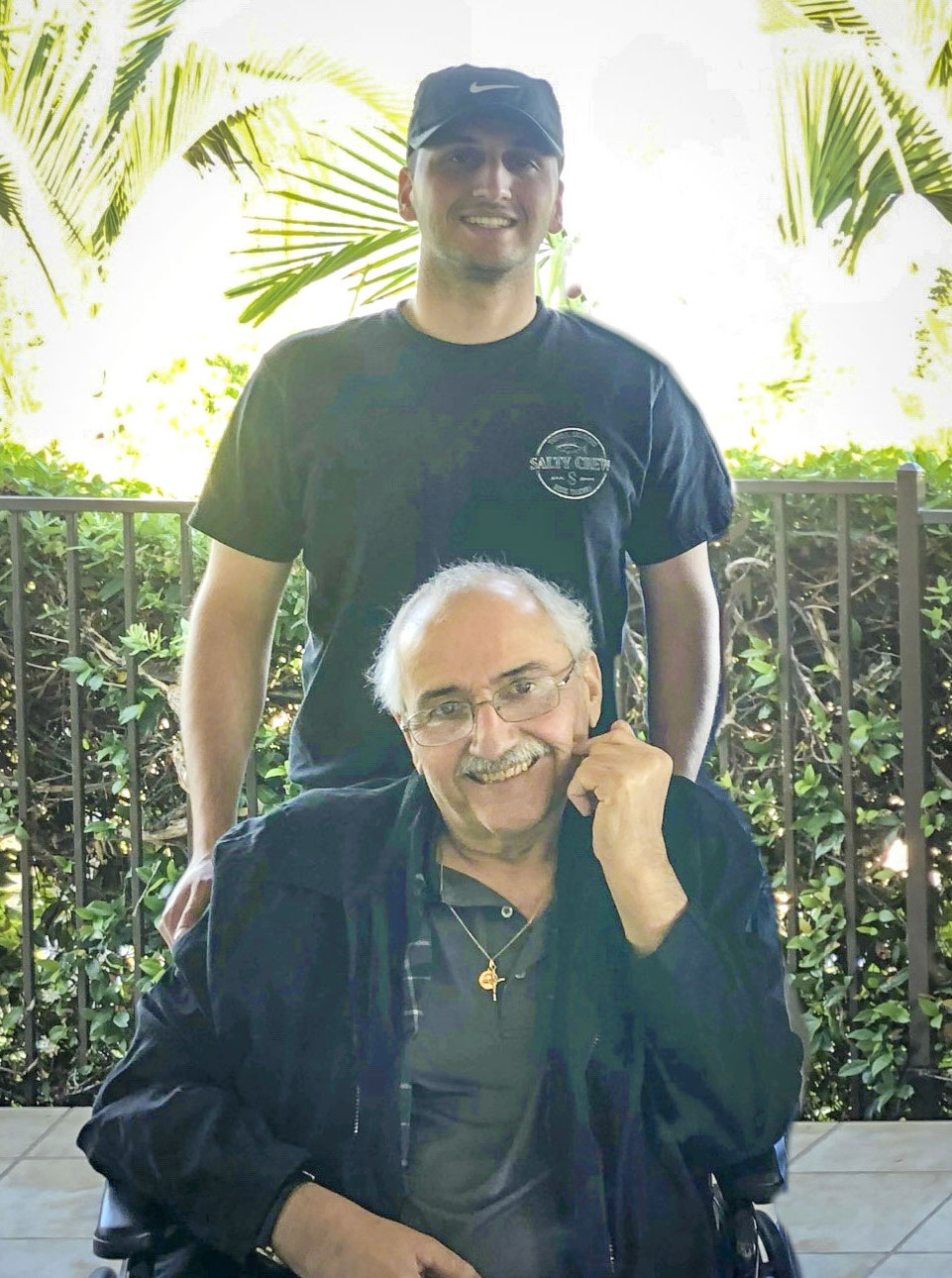 Jonathan Nasrallah used his EMT training to save his uncle's life.