College of the Canyons is continuing its tradition of inviting community groups to experience Cougar football during the 2021 season, with all healthcare workers and first responders invited to attend Saturday’s game vs. Palomar College free of charge.

General admission tickets to all Cougars football games are $10. Kids under 10 and seniors over 60 are $5. Healthcare workers and first responders attending the game for free will be asked to present a valid photo ID at the gate.

Once again, all home football games will be live streamed to fans via the Cougar Sports Network through a broadcast partnership with SoCalCollegeSports.com.

Canyons has started the season a perfect 3-0 after notching offensively dominate wins over Antelope Valley College and Southwestern College to begin the season, followed by a defensive showcase at Fullerton College last Saturday.

COC is averaging 40.3 points per contest with Cougar quarterback Colton Doyle ranking third in the state with 763 passing yards in three starts. Canyons wide receiver Tiquan Gilmore is second in the state with four receiving touchdowns.

Defensively, the Cougars have limited opponents to 11.3 points per game. The team ranks second in the state with 13 sacks on the season. COC has also forced seven turnovers over the first three weeks.

Such performances have helped Canyons vault up the statewide rankings. The Cougars currently rank No. 5 in the most recent California Community College Sports Information Association (CCCSIA) poll released on Sept. 22.

COC also checked in at No. 5 in the JC Athletic Bureau Head Coaches Poll, having moved up two spots from the previous week. The Cougars started the 2021 campaign ranked No. 9 in the Athletic Bureau poll. 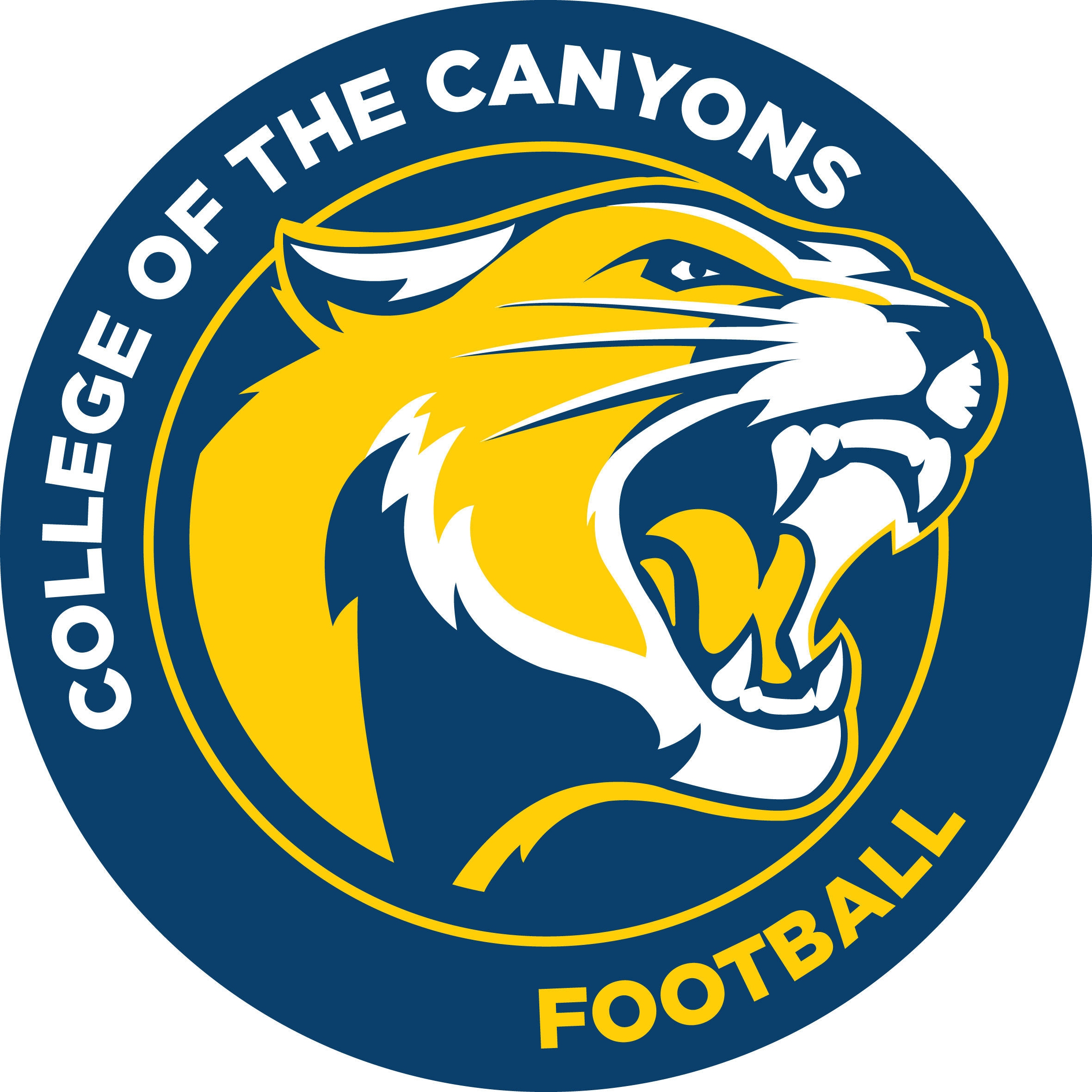