College of the Canyons women’s basketball head coach Greg Herrick picked up his 600th career victory at the college on Friday, as the Cougars fought for a historic 78-67 win over Rio Hondo College during day one action of the Glendale Crossover.

The victory, which by virtue of schedule, came nearly two weeks after Herrick claimed career win No. 599 prompted an emotional post-game celebration from the group of friends, family, colleagues, fans and supporters who were in attendance.

“This acknowledges all of the players over the course of the last 29 seasons that contributed to the 600 wins,” said Herrick, moments after being presented with the official game ball and having an opportunity to address the crowd.

“I get the credit, but the team, and all the players are the ones that should get all the credit because they’re the ones that did it,” added Herrick, who took over the COC women’s program prior to the 1992-93 season.

“I’m very happy, I’m proud of what we’ve done all these years, but it’s all about the players,” he said. “With all the players that I’ve coached, there is a love affair with all of them. If they were all here, I’d thank every one of them.”

Herrick has also been named the WSC, South Coach of the Year on 10 occasions.

On Saturday, the Cougars added another victory to Herrick’s total, bringing him to 601, with a 72-65 win over Allan Hancock College to end the two-day Glendale Crossover event.

Herrick currently boasts a career record of 601-277 at the college, good for a .685 winning percentage. His tenure at College of the Canyons has been one of the most successful of any head coach in the CCCAA.

“College of the Canyons gave me the opportunity to coach the sport I love so much,” said Herrick. “When somebody gives you that opportunity and gives you the freedom to build the program in your image, I am overly appreciative of that. I will never forget them for giving me this chance.”

No. 4 state ranked Canyons (10-1) was able to bounce back for the win against Rio Hondo (5-8) after suffering its first loss to San Joaquin Delta College its last time out on Dec. 4. That matchup vs. No. 1 ranked Delta came in the championship game of the 45th Annual Gilcrest Invitational on Dec. 4.

On Friday, COC and Rio Hondo played to a 39-39 halftime tie as the Roadrunners attempted to take a page from the Cougars’ playbook with a fast-paced offense and pressing defense.

Canyons took a slim 57-56 lead into the fourth quarter before creating some separation thanks in large point to seven points from sophomore Justice Walters across the final 10 minutes of play.

Walters came off the bench but finished with a game-high 25 points on an 8-of-19 shooting night that included four three-pointers. Her three-point basket with 5:19 to go in the game put COC ahead by eight points with the Roadrunners unable to get much closer.

“Rio Hondo gave us everything they had,” said Herrick. “We didn’t really get after it until the end.”

Canyons is off to the best start in program history currently averaging 73 points per game to rank third in the WSC, South. Herrick and the Cougars appear poised to compete for another WSC title when conference play begins on Jan. 5.

“I told the players, we’ve always been the hunter, now we are the hunted,” said Herrick. “Other teams want to beat us. We’re highly ranked and have a pretty gaudy record.

“There are a lot of good teams out there,” added Herrick, “but if things go our way, you’ve got to consider us having a chance, and maybe favorites, to take the conference.” 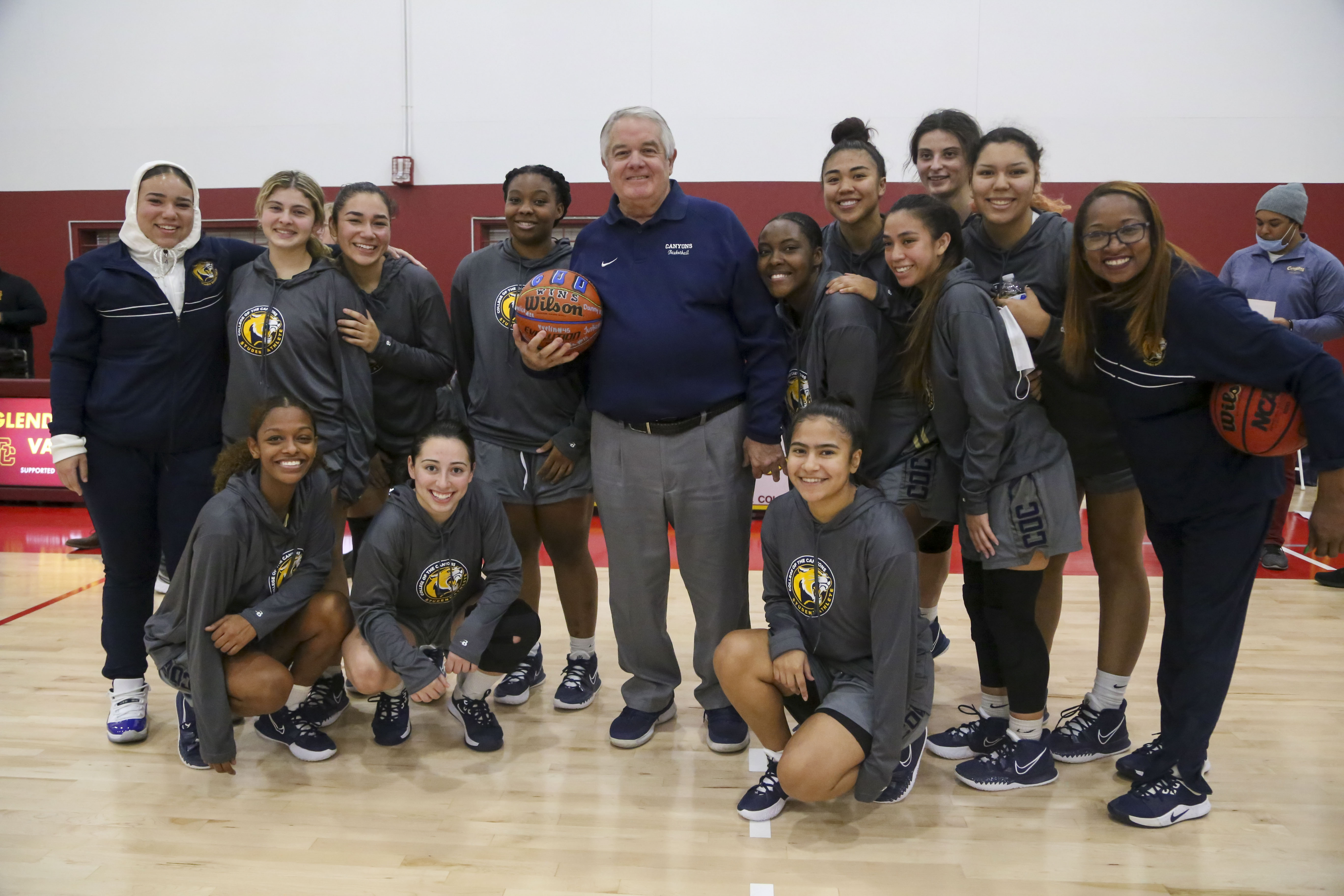 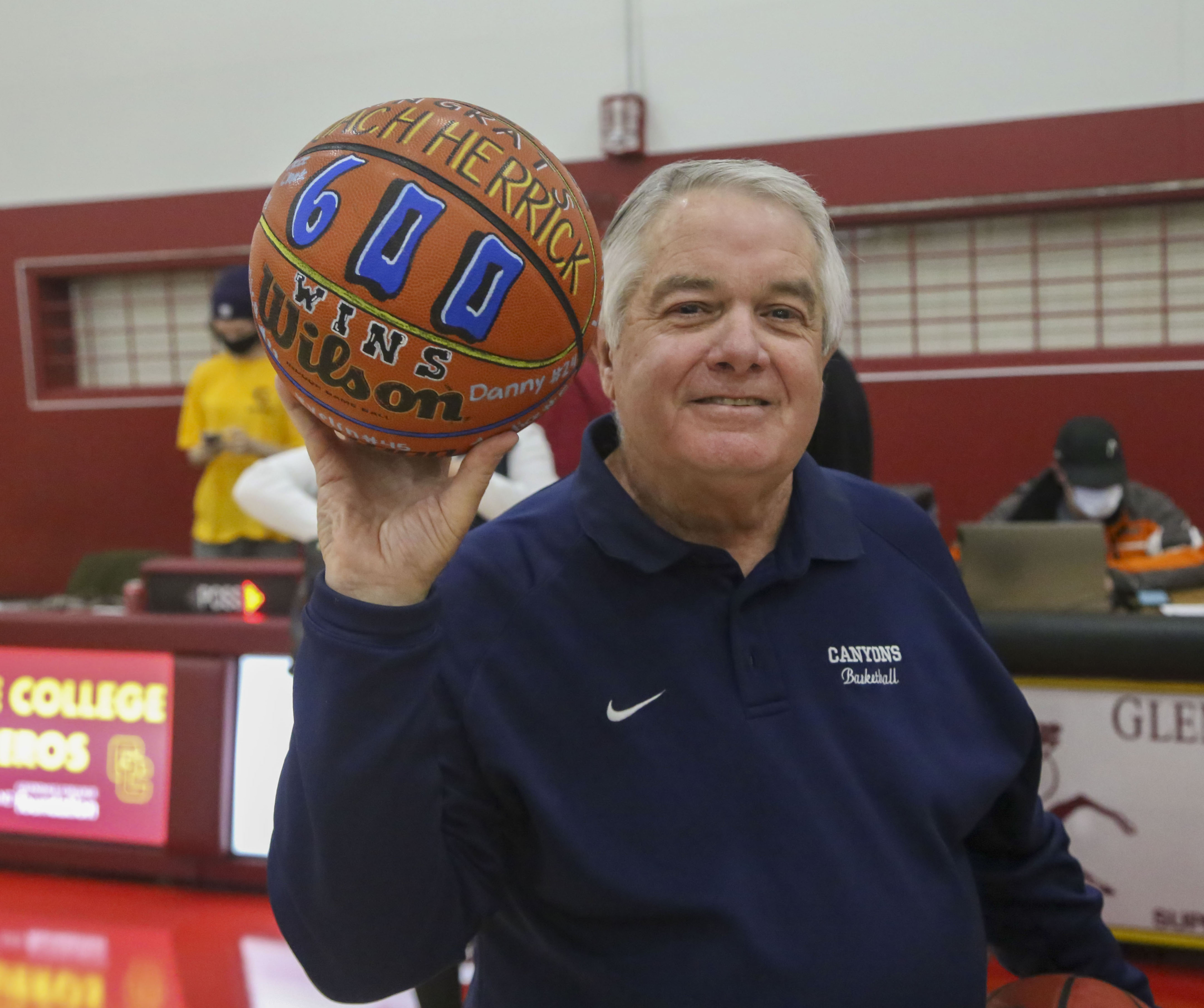