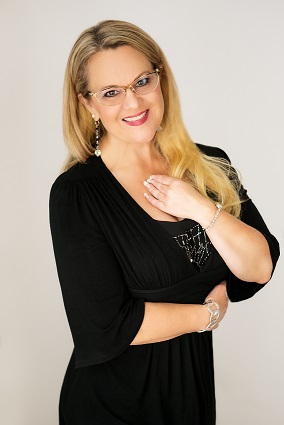 Andrea Vibe's energetic recorded performances are surpassed only by her dynamic stage presence. Raised in a musical family, Andrea's polished vocal technique and wholesome American spirit shine through with every musical tale she writes. Singing professionally since the age of twelve, she has performed on nearly every continent on the globe. A featured soloist with several musical acts including Big Bands and Orchestras, Andrea toured the United States, Europe, South America, the South Pacific, and the Middle East. A team-up with World Vision took her to Africa for a famine-relief benefit concert tour, and she has performed at both the Montreux Jazz Festival in Switzerland and the North Sea Jazz Festival in Holland. "Miss Andrea", the on-air radio personality of a popular children's radio show led her to sing on the Kids Love Series recordings. Along with her band The Good Vibes, Ms. Vibe has been a featured act at The Golden Nugget, Las Vegas; Carnival Cruises; and Knott's Berry Farm. Andrea's dedication to developing her natural talent led her to legitimate training where she received a BM in Vocal Performance. Teaching and coaching has become a great passion and because of this love, Andrea founded Vibe Performing Arts. Besides directing VIBE, Andrea is a singing coach for contestants on the hit TV shows, THE VOICE and AMERICAN IDOL; an Associate Music Professor at College of the Canyons and the author of the SING WITH CONFIDENCE book series.