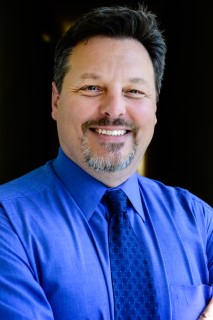 David Stears (Acting Instructor/Theater Department producer) is an actor, director and producer originally from New York, and has been involved in live theatre for the past thirty years. David is a founding member of the highly acclaimed Actor's Project in Long Island. trained in New York with Uta Hagen at HB Studio. David came to California where he continued his training at California Institute of the Arts School of Theatre (Libby Apple, Dean). David has produced and directed over 100 productions and has been involved in over sixty as an actor. Upon graduating, David founded The Santa Clarita Repertory Theatre and was the company’s Producing-Artistic Director until July 2001, founding the Shakespeare in the Park series locally, and opening the first theatre in Downtown Newhall.

David is the founder and Executive Director of the Santa Clarita Shakespeare Festival.  Founded in 2009, SCSF produces a summer cultural series, and has an extensive educational outreach program in school throughout the North LA County area.  Since a company has made its summer home in in Rivendale Park in Towsley Canyon. In 2012, the summer festival was expanded and rebranded as the LA SummerFEST.

With the department since fall of 2000, David teaches acting, movement, & Shakespeare.  For 12 years he was the director and producer for the New Works Festival at College of the Canyons, and has published two anthologies of plays from the festival.  Currently David serves as the producer for the theatre programs productions throughout the year.

David is one of the Founding Members of the Arts Alliance for Santa Clarita, a local arts advocacy coalition for artists, arts organizations, and art supporters.   He hold a certificate in fundraising from U.C.L.A., a masters in public administration, and has was recognized by LA County Supervisor for his role in developing the arts in the region.  He works as an independent producer/director, and is the Lead Partner in Stears & Associates, an event management and fund raising consulting company.Facebook.com/David.Stears.Theatre​.  On instagram @StearsHerd