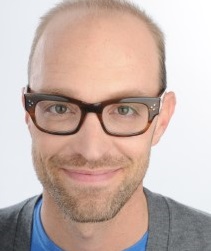 For his direction of his critically-acclaimed production of “Our Class” Matthew received a 2013 SAGE Award and a 2014 LA Drama Critics Circle Award (nominations from the Ovation Awards and LA Weekly). His direction of Martin Crimp’s “The City” earned him an award nomination from the LA Weekly and in 2007 he received an LA Weekly Award for Multi-Media/Projections for his media co-design of Iphigenia… A Rave Fable.

Matthew has received grants from EST/Sloan Science and Technology, CCI/Durfee ARC, and was a finalist for the Sherwood Award. KCRW has said, "[McCray] distinguishes himself as one of the most plugged in theatre makers in LA." Matthew has performed on the stages of REDCAT, Disney, REPRISE!, Overtone Industries, Theatre @ Boston Court, Musical Theatre West, Shakespeare Orange County, Son of Semele, as well as on the TV showsParenthood, New Girl, Will & Grace, Boston Legal, The Cure (pilot), and the feature film The Commission(starring Martin Sheen, Edward Asner and Martin Landau).

He has served on panels at CalArts, the Los Angeles Convention and Visitor’s Bureau and LA Stage Alliance, among others. He is an Executive Officer of the Theatrical Producers League of Los Angeles/Intimate and has been an Ovation Voter since 2008. BFA, Chapman University. Member: SDC, AEA & SAG/AFTRA.@matthewmccray www.matthewmccray.com