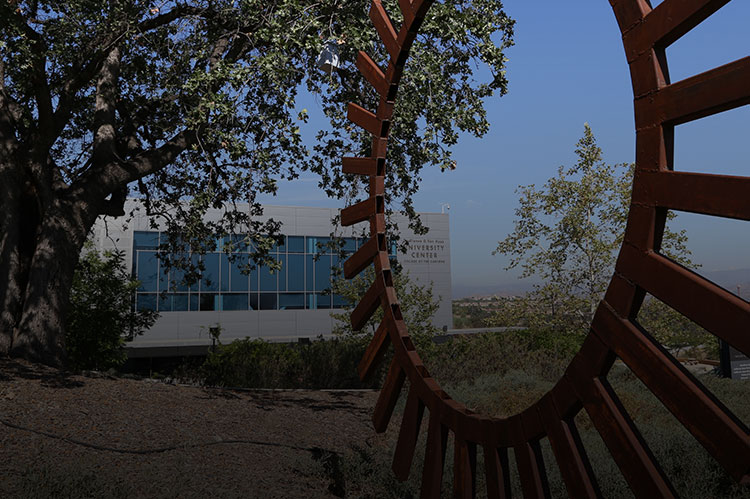 College of the Canyons is honored to have the largest collection of Simi Dabah sculptures in the world. Installed on both the Valencia and Canyon Country campuses, the unique welded-steel sculptures are created from industrial scrap metal.

Mr. Dabah is a prolific artist who believes that transforming scrap metal into works of art is not just friendly to the environment, but inspirational for the viewer. All told, 44 sculptures have been donated to the college.

The first sculptures were installed beginning in the summer of 2014. The college officially dedicated the Simi Dabah Sculpture Collection during a special ceremony at the Performing Arts Center on Nov. 6, 2014.

Mr. Dabah himself was there to be honored for his generous donation, representing the largest collection of permanently installed Dabah sculptures anywhere. He heard numerous accolades, offered some personal insights into his craft and inspiration, and witnessed the unveiling of the sculpture the college has named "Phoenix," located just outside the building's lobby.

"This particular placement at this college has been one of the most exciting that I can think of," he said. "I'm privileged to have been asked to do it, and I'm more privileged to see the results of the work that was done so spectacularly."

Chancellor Dr. Dianne G. Van Hook personally selected each sculpture and determined where they would be installed as part of a 45th anniversary campus-beautification project.

A self-taught artist/welder, Simi Dabah has been creating welded-steel sculptures from industrial scrap for more than 40 years. His sculptures include a wide spectrum of non-representational designs, ranging from table-top size to more than 20 feet high. The pieces are left in their natural state, rusting to a warm patina.

He creates most of the pieces in his Los Angeles studio. His second studio is in the desert community of Joshua Tree, where his sculptures are displayed on 8 acres of land. His sculptures have been installed at some 250 locations over the past four decades. College of the Canyons is proud to have the largest collection of permanently installed Simi Dabah sculptures. 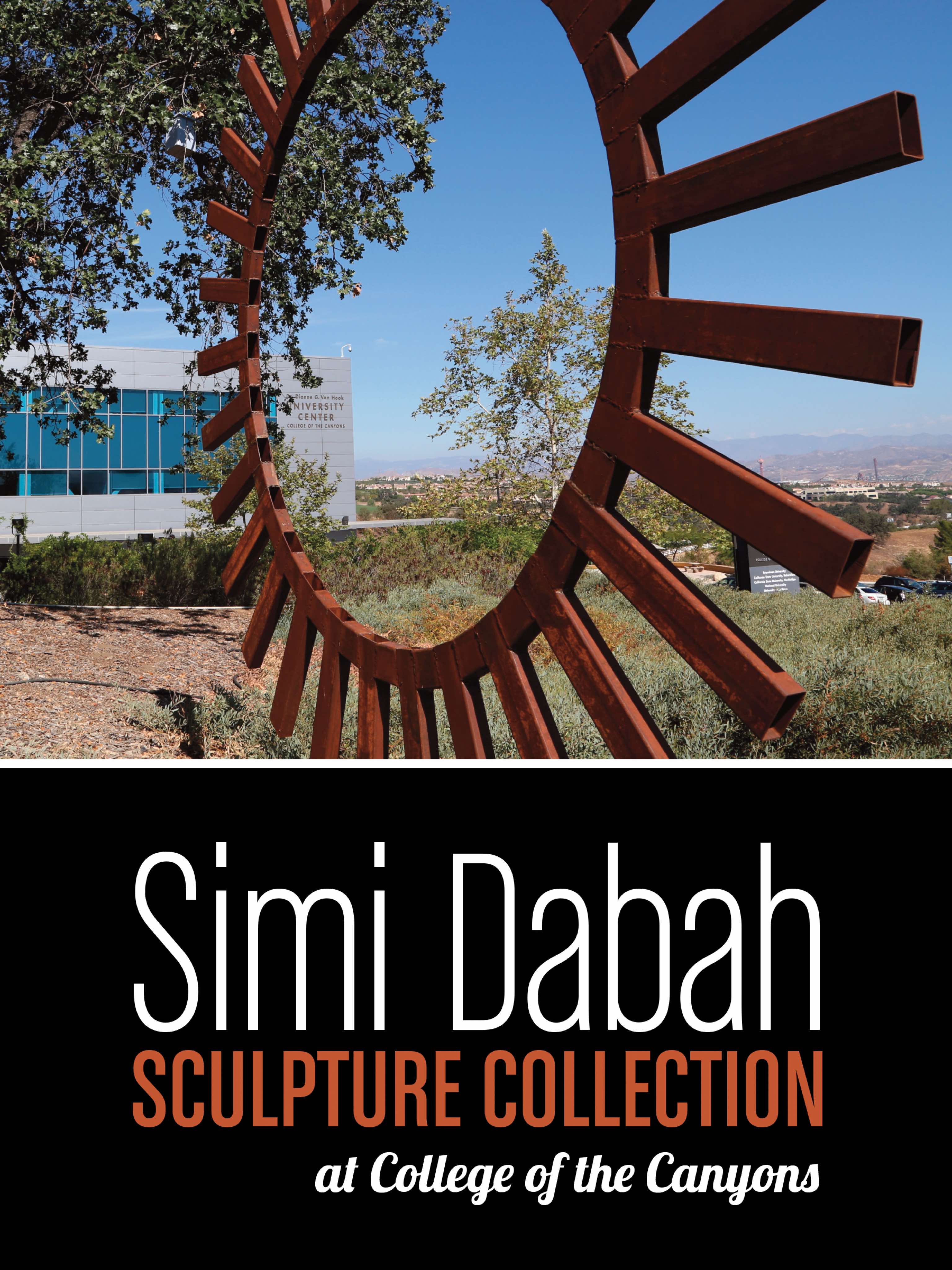