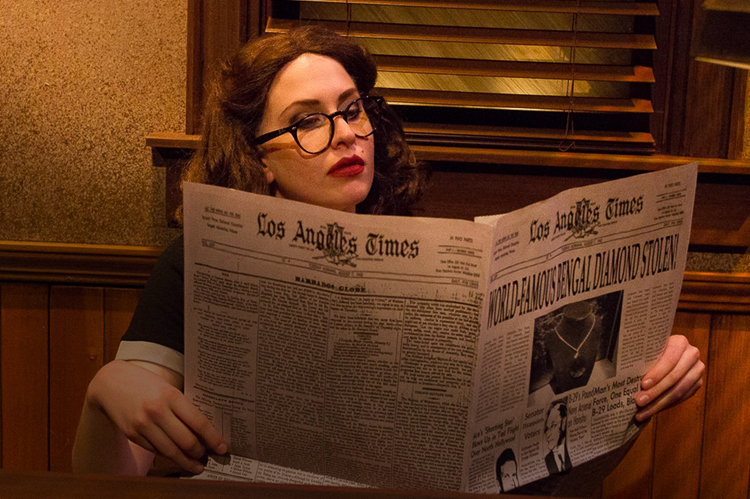 16th Annual New Works Festival at College of the Canyons

The World Premier of 5 New Plays

A Special Presentation of a Devised Piece

All Tickets are $5.00
Available at the door One Hour Before Performances
Seating is limited

Many of the NWF alumnae receive accolades for their after participating in the festival's workshop .  Here are some of their recent accomplishments:

Joseph Camhi (NWF ’07, ’08, ’09) received a staging of hisplay, Wacadamia at the Actor’s Playpen in 2010.   Wacadamiais the full length play comprised of three short One Acts:Construction/Deconstruction, A Dirty Joke, Box: A Romantic Ending.  Each of the individual plays participated as part of the New Works Festival.  The staging in Hollywood was the first time all three acts were presented as an entire evening.

NWF@COC alumni Colleen Niemi, had her piece Gentlemenselected for a staged reading at the 2010 Pittsburgh New Works Festival August 22nd. The reading was at The Father Ryan Arts Center as part of the Pittsburgh New Works Festival, now in its 20th year. Each year the festival selects twelve one-act plays to be performed as main-stage productions. An additional six are selected for staged readings. Each of the 18 playwrights whose plays are selected receives a $50 honorarium.

Dave Wisehart, a NWF@COC alum, will be premiered his full-length play, VALENTINO, as part of the he Hollywood Fringe Festival, in June this year.Valentino had selected scenes worked-shopped as part of the NWF 2007. Since then, the play has had a full-length reading, and will be making a world premiere at the inaugural Hollywood Fringe Festival in June at theFlight Theatre at The Complex, with 8 performances.

Both Raincheck and Bookish were work-shopped and premiered as part of the NWF 2008.

The plays from the 2008 & 2011 New Works Festivals are now available in an anthology. The collection includes all the material that was work-shopped and presented as part of the NWF in 2008 & 2011.

"This is an exciting project for both the playwrights and the festival", says David Stears, director of the New Works Festival. "It is great exposure for the writers, and a generous gift to the festival."

Playwrights retain all their rights to their material, while the proceeds from sales of the anthology go to the College of the Canyons Foundation, in support of the New Works Festival and the festival's on-going activities.

The New Works Anthology 2008 is published through and available at Createspace: https://www.createspace.com/3507198

Now you can follow us on twitter. Keep up to date on all the events and activities of the New Work Festival at twitter.com/COCNewWorksFest